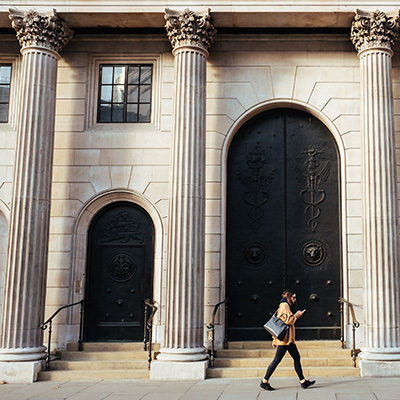 The Bank of England raises interest rate to 1%

The Bank of England (BoE) has raised its base interest rate to 1%, marking the fourth rise in a row and the highest base rate in 13 years.

The Bank’s monetary policy committee (MPC) voted 6-3 to increase the base rate of interest by 0.25% percentage points from 0.75% on 5 May 2022. The current rate of inflation as measured by the consumer prices index (7%) is creating an intense cost of living crisis, with rising electricity and gas putting a strain on households and business – and pressure on the Bank to act.

The MPC said inflation will rise to just over 10% in Q4 2022 before gradually falling to its target of 2% in 2024. The UK base rate of interest sets the rate at which individuals and businesses pay for borrowing money and what banks will pay to people saving with them, and is often seen as the BoE’s main tool to stave off inflation. Kitty Ussher, chief economist at the Institute of Directors (IoD), said: “We welcome the BoE’s judgement that the need to tackle high expectations of inflation is of greater concern than the risk of curbing demand too fast in the short-term”.

On the other hand, Suren Thiru, head of economics at the British Chambers of Commerce said the Bank’s decision will cause “considerable alarm”, adding: “Higher interest rates will do little to address the global headwinds and supply constraints driving this inflationary surge. It also raises the risk of recession by damaging confidence and intensifying the financial squeeze on businesses and consumers.” However, Julian Jessop of the Institute of Economic Affairs (IEA) described the rise as the “bare minimum” and said it did not go far enough. Indeed, the IEA’s so-called shadow MPC voted to increase rates to 1.5%. It seems the BoE does not plan on slowing down its plan to increase interest rates, having based its inflation projections on an assumption that the Bank rate would have increased to 2.5%.